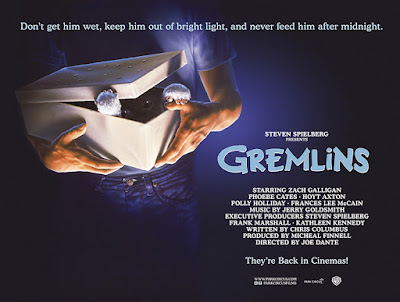 I don't have a whole lot of free time to indulge in nostalgic re-viewings of the classics but luckily I found some time over the holidays.  Since I was choking on Christmas cheer, I decided to keep that vibe going by tuning into a true holiday classic: Gremlins!

I don't think I had seen the movie for decades and I had all but forgotten about the Christmas theme but once I started it, it was undeniable.  Everyone talks about Die Hard and Batman Returns as their go-to holiday escapism but Gremlins should be at the top of that list.

Christmas cheer notwithstanding, what really grabbed my attention were a few quick cameos of some classic comic book issues.  Which brings me to our topic today.  Just for funsies, let's see what the actual issues were that made an appearance. 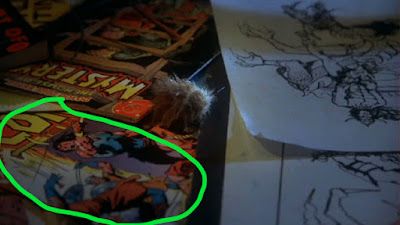 The comics show up in the scene where that nitwit Corey Feldman spills water on Gizmo and the 'multiplying" begins.  As the fur balls start to pop, they land on Billy's comics and the Conan issue was the first to catch my eye.  Here it is in all its glory: 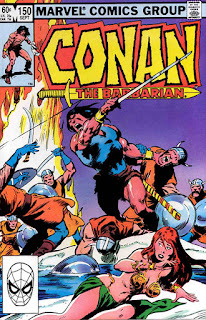 From Marvel, Conan the Barbarian Vol 1 #150 tells the story of the "Tower of Flame" which involves Conan protecting a strange woman who then goes through a bizarre transformation to reveal her true self.  I'd like to think they picked this issue for that theme...but who knows? 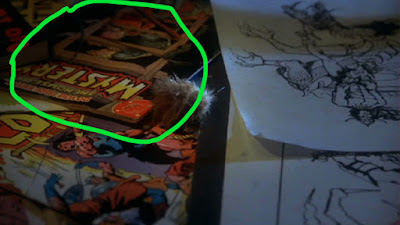 Apparently Billy doesn't play favorites with the "Big Two" because the next issue is from DC.  House of Mystery Vol 1 #320 is also in mix while Gizmo screams in pain. 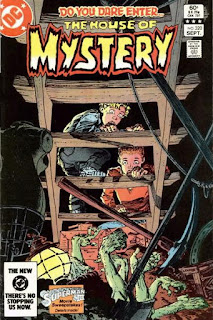 I can't find too many details on the story "Death, Come Rescue Me" featured in the issue but according to the DC Wiki the main character ends up "as a slave on a Chinese junk [sic] where no one ever dies".  A Chinese junk what?  Well, Gremlins starts with a scene in a Chinese "junk" store (kind of) so maybe that's why this one got picked for the set. 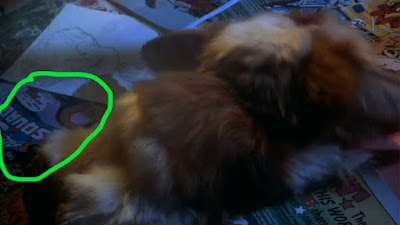 Gizmo's mot done with his infarction but before the town gets overrun with murderous monsters we've got one more comic to check out: All-Star Squadron Vol 1 #16. 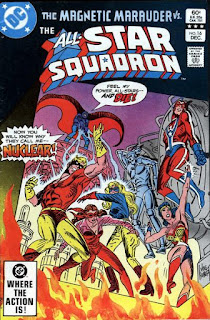 Don't ask me why this one made the cut. "The Magnetic Marauder!" is essentially a team-up between the Squadron and Wonder Woman against Percival Plazchek a.k.a. Nuclear, the Magnetic Marauder.  So maybe they did just grab an arbitrary stack of comics for the scene.

But regardless of any intentional or accidental themes, it's always great to see old school comics show up in old school movies.  Keep your eyes open, you never know what you're gonna see next.

Todd Kent
Dallas, TX, United States
I am an independent documentary filmmaker. My work ranges from educational to goofy.

Past documentary projects I have worked on include "Comic Book Literacy", "Fast Food" (following the wild & wacky exploits of product mobiles like the Oscar Mayer Wienermobile & more!) and earth science educational documentaries like "Oklahoma Rocks!" and "RockHounds: The Movie."